Don’t look now, but we have some serious viticultural growth going on out there!  Despite the cool and damp conditions, shoots are expanding at a rapid pace.  It’s as if the vines couldn’t hold it in any longer and just exploded with life.

As a precaution for potential winter injury, we always leave an extra “insurance” cane on each vine that is not tied down with the others.  Initial observations tell me that we can safely go through and remove these extra canes, as most primary buds are appear to be viable.  This job will keep my dad and I busy for a couple of weeks – but don’t hesitate to pull me out of the vineyard for a quick tasting should you decide to pop in for a visit! 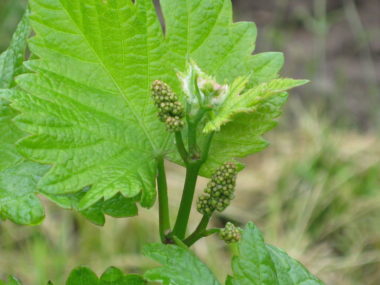 Come One, Come All

As we head into the summer season, I would once again like to extend an open invitation to all wine lovers.  Please do join us for a tasting over the coming months during our weekend retail hours (11-5).  It’s an exciting time at Five Rows, as we’ve just released our 2008 Shiraz, 2008 Pinot Noir, 2010 Sauvignon Blanc and 2010 Pinot Gris.  The weekend barn traffic has ramped up dramatically in recent weeks and there has been a very positive response to our new products.  Anyone wishing to reserve a case, please call or email sometime soon.  History has shown us that these wines will not be around very long! 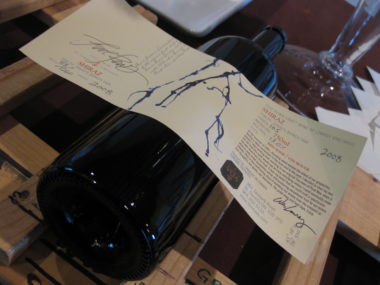 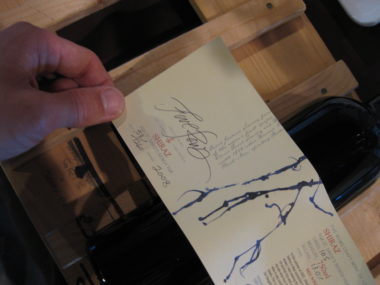 One by One, the Waxing Gets Done 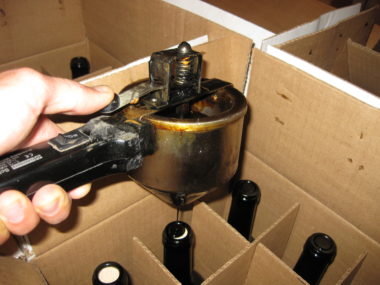 Is it Spring yet?

It’s depressing to look back at my April 24th post from last year and read just how promising things were looking in the vineyard.  In fact, the guy who wrote that passage deserves a good slap in the face for exuberantly rubbing our noses in it.  Aren’t you lucky!  Two weeks ahead of schedule you say?  Well GOOOOOD FOR YOU!

(I apologize for the seething sarcasm, my attitude has not been exemplary ever since a large tree fell onto my car the other day)

Rain, cold and wind are the reality this year.  I don’t feel like the buds are too far behind schedule just yet, but we definitely won’t be afforded the 10-14 day head start we saw in 2010.  The only advantage of this slight delay might be reducing the window for frost damage over the next few weeks.  I’m grasping at straws here.

On the bright side, I’ve actually had my jacket off while tying grapes the last couple of days.  What a feeling of liberation!  The symbolic removal of one’s jacket and subsequent hanging of it over the top wire is one of my favourite rites of Spring.  I almost went “skins” the other day just to stick it to mother nature, but  then I realized I might frighten my Aunt Lonna who was out for a stroll with her dogs.  The shirt stayed on.

On rainy days I’ve begun the massive task of waxing and labeling our new wines.  This job has been expedited by the fact we are nearly sold out of 2009 Pinot Gris and Sauvignon Blanc.  Look for a release announcement concerning the 2010 whites and 2008 reds sometime in June.   If it keeps raining I should have enough bottles labeled by then! 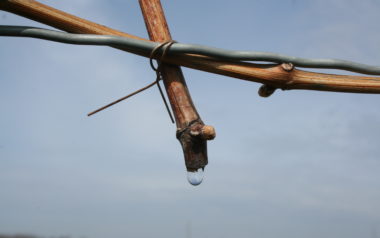